John had to go to Ballarat to pick up some parts for our 1418 Benz which we are restoring and then decided that, as he was so close, he would come home via Castlemaine and check out the truck show. John was there on the Saturday and apparently Sunday was the bigger day, but there were still quite a few things to see. 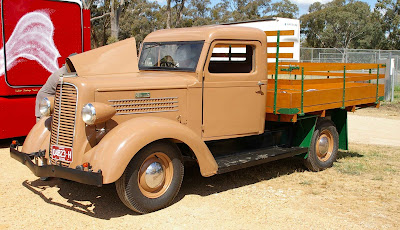 There was a modest collection of historic vehicles and the usual popular makes but one of the most interesting trucks was a late 1930s Stewart, shown above, the first one John had seen. According to The Complete Encyclopedia of Commercial Vehicles the Stewart Motor Corporation of Buffalo in New York produced vehicles between 1912 and 1941. Stewart built their own bodies as well having custom bodies and in 1929 introduced the aluminium body, the first ever made by a chassis maker. From 1930 the Stewart range consisted of six models from 1½ to 6-7 tons, powered by Lycoming or Waukesha engines. In 1937 the body was restyled and pontoon fenders resembling those of the Diamond T and tear drop head lamps were introduced. Stewarts best year for sales was 1930 with 2,300 units delivered but numbers declined and in 1938 only 390 units were sold and in 1939 only 90. 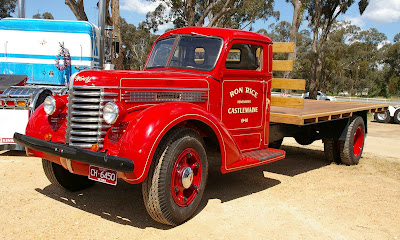 Diamond T from the 1940s.
The Diamond T Company was formed by C.A Tilt in 1905. C.A Tilt initially built cars until 1911 when he produced his first truck. The Diamond T logo originated a trademark which had been used by Mr Tilt’s father, who was a shoe manufacturer. The diamond signified Quality and T stood for Tilt. In 1966 Diamond T joined with Reo, to become Diamond Reo. Reo took its name from the founder Ranson E. Olds and the Company made its first truck in 1908. Mr Olds also gave his name to the Oldsmobile Company. 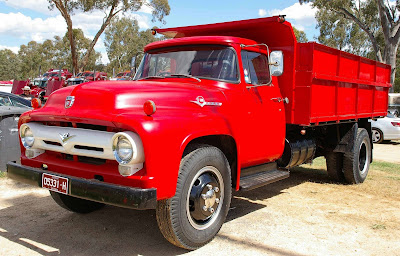 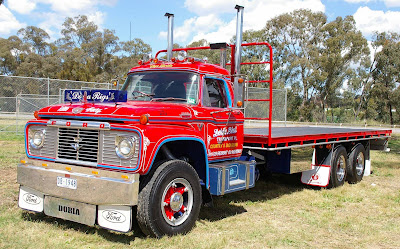 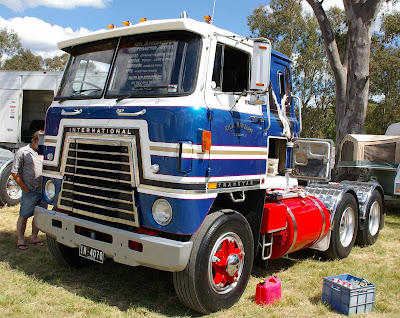 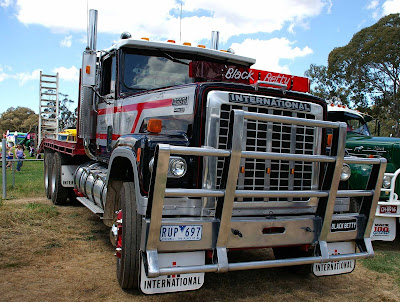 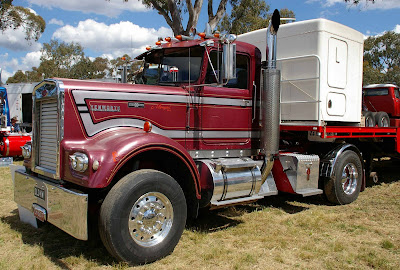 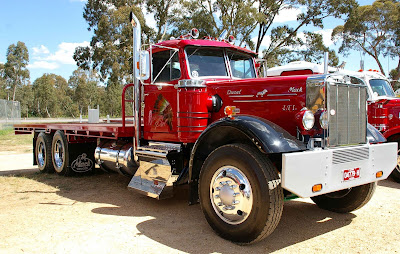 According to the History section on the Mack website, www.macktrucks.com.au, the L series heavy-duty trucks of the 1940-1956 era exhibited clean, timeless styling and proved extremely popular. Certain models in this series combined many aluminum components with the more powerful engines to satisfy the long distance hauling needs of West Coast operators. Some 35,000 Mack L models graced the highways in their day. 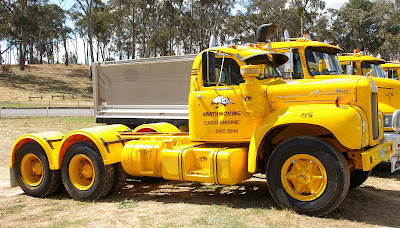 Once again, according to the Mack website the B series, introduced in 1949, was surely one of Mack's most successful and popular products. Its pleasing, rounded appearance set a new styling standard for trucks, as did the wide range of model variations offered. There are B models still in active service today, part of the 127,786 built through 1965. The year 1953 also marked the introduction of the famous Thermodyne open chamber, direct-injection diesel engine, which established Mack's tradition of leadership in diesel performance and fuel efficiency. 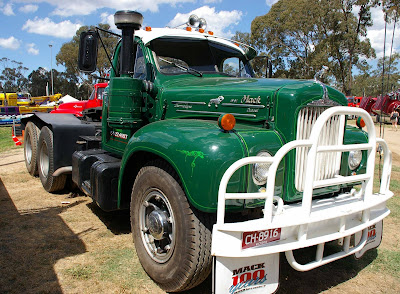 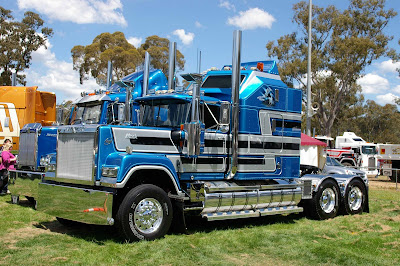 Mack Super-Liners, above and below.

The Mack website, says that the Super-Liner, a boldly styled conventional designed for heavy hauling with the ultimate in driver luxury and convenience, was introduced in 1977. Its 15-year production run ended in 1993. 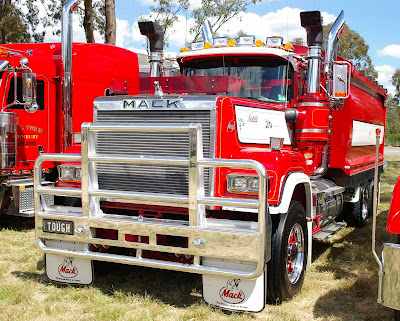 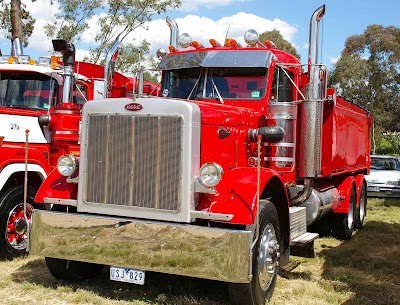 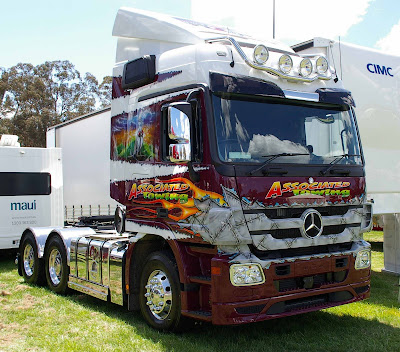 Finally - the very newest Mercedes Benz, with the European lights. This is the historic truck of the future - if you had some spare cash, you could buy it, keep it in the shed and in 25 years times put it on Club Plates.
Posted by Heather at 4:26 PM 1 comment: