These photographs are of John, in front of his father's truck. They were taken around 1947. At the time, the family were living at a timber camp near Toorongo, they later moved into Rokeby, where Les was carting timber out of the Baw Baws and Noojee and also pulpwood to the Maryvale Mill. The photographs were taken at Glen Huntly, where John's grandparents lived. The truck was a 1943 KS5, we don't have any other details but you can just make out the name of the previous owner - Minifie of Warburton - on the door. 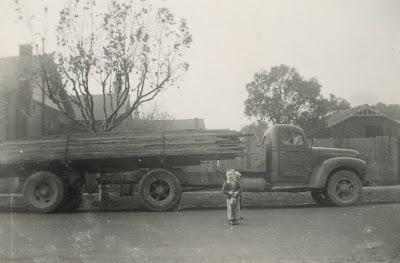 Above, is John and his sister Lynette and that's John below. 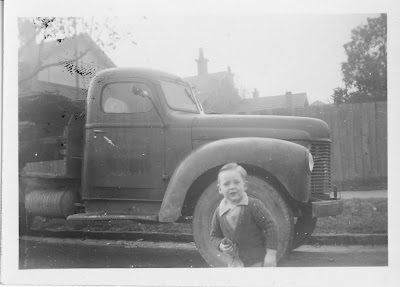 Posted by Heather at 1:32 PM No comments: 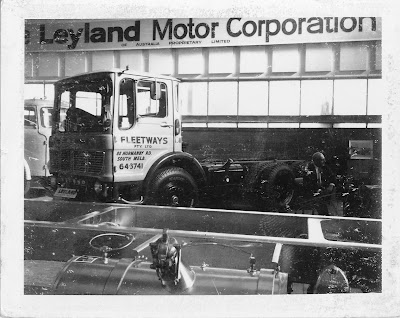 This is the new Leyland, No.138, John was given at Fleetways, brand new from the 1967 Motor Show, where this picture was taken. It was a Leyland Beaver, with the Leyland 680 powerplus engine, and a Page & Page lazy axel rear suspension and the first ergomatic cab sold in Australia. John had it for six months carting steel and general freight based at Fleetways Bertie Street, Port Melbourne depot. He then returned to the car carrier division. 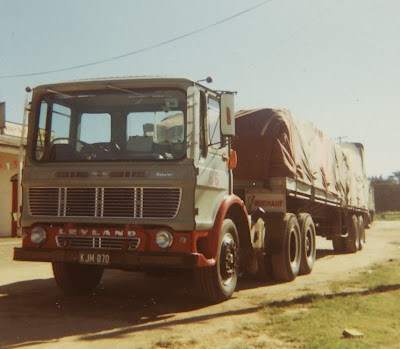 This photo, above taken in 1969 was another Leyland Beaver, No.66, which he drove. It was identical to No.138 except it had Franklin airbag suspension. No.66 was used for container work and general freight – occasional Interstate and country work. 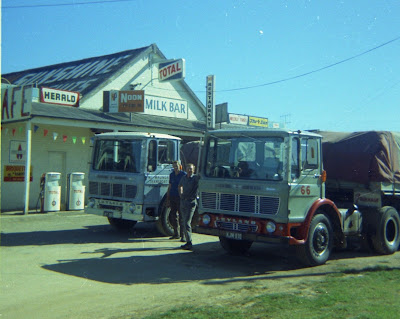 That's John and Jim Forrest lined up in front of Peter & Maureen Kitchin's Road House at Wallace, also in 1969. Jim's truck was painted in Mt Maunganui Transport colours, they were an off shoot of Fleetways. 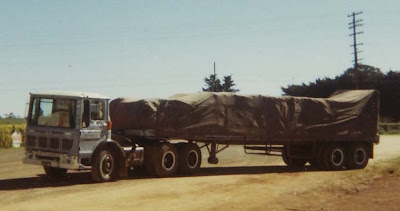 Posted by Heather at 5:06 PM No comments: