In the last post we looked at the Lubecker Steam bucket dredge that worked on the Koo-Wee- Rup Swamp, in this post we will look at other machines. But first - here is a short history of the drainage of the Swamp.  In 1875, landowners on the Swamp formed the Koo-Wee-Rup Swamp Drainage Committee. From 1876 this Committee employed over 100 men and created drains that would carry the water from the Cardinia and Toomuc Creeks to Western Port Bay at Moody’s Inlet. Around the time of the First World War another drain was created to tap the Deep Creek into the Toomuc Drain.  The Chief Engineer of the Public Works Department, William Thwaites, surveyed the Swamp in 1887 and his report recommended the construction of the Bunyip Main Drain from where it entered the Swamp in the north to Western Port Bay and a number of smaller side drains. A tender was advertised in 1889. In spite of strikes, floods and bad weather by March, 1893, the private contractors had constructed the 16 miles of the drain from the Bay to the south of Bunyip.

Additional drains were added over the years and existing drains were widened and deepened. After the huge 1934 flood that saw the entire Swamp  inundated there was a Royal Commission into the role of the operation of the State Rivers and Water Supply Commission (SRWSC). As a result they worked on new drainage plans for the Swamp which included the construction of the Yallock outfall drain from Cora Lynn, cutting across to Bayles and then essentially following the line of the existing Yallock Creek to Western Port Bay. The aim was to take any flood water directly to the sea so the Main Drain could cope with the remaining water. The Yallock outfall drain was started in 1939 but the works were put on hold during World War 2 and not completed until 1956-57.

These are SRWSC photographs and show some of the machines that worked on the Swamp in the 1930s and 1940s. 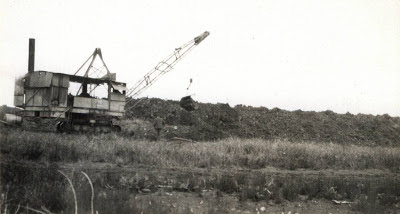 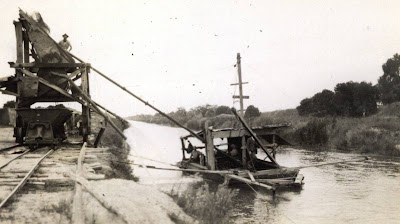 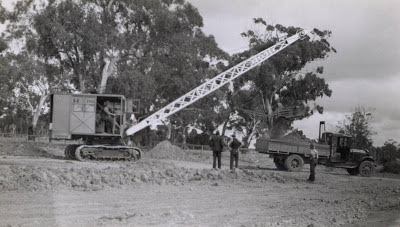 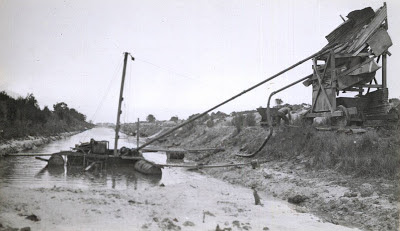 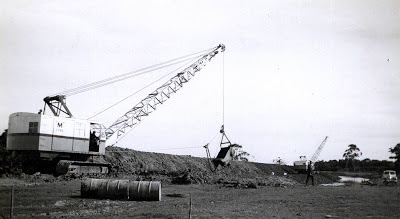 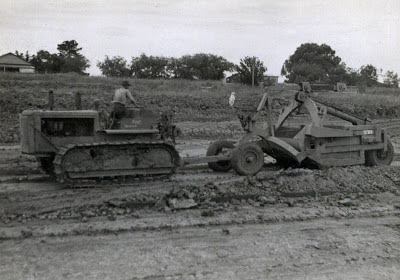 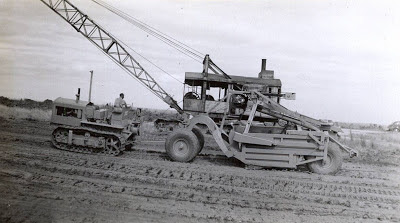 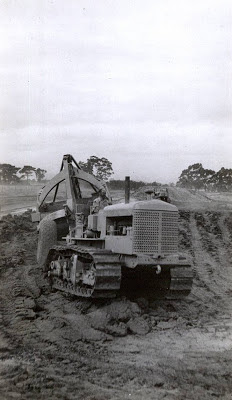 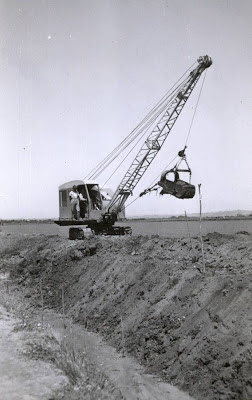 
To read about the Lubecker Steam bucket dredge, click here.
Posted by Heather at 9:37 PM