The Lubecker Steam Dredge was the first machine used on the long running project to drain the Koo-Wee-Rup Swamp. The main drainage work, the construction of the 16 mile long canal or  Main Drain from where the Bunyip River entered the Swamp in the north to Western Port Bay started in 1889 and was finished by March 1893. This work which also included a number a smaller side drains was conceived by Chief Engineer of the Public Works Department, William Thwaites

The Public Works Department engaged Engineer, Carlo Catani, to oversee the continuation of Swamp drainage works in 1893. Catani was keen to introduce land dredges; however this was not approved because it would reduce the work available for unskilled labour. It wasn’t until 1912 that Catani was given permission to purchase a machine and he ordered a Lubecker steam driven bucket dredge from Germany. It was described as being of the articulated ladder type; it ran on rails and had a 9 man crew. It weighed 80 tons and had a capacity of 80 cubic yards per hour or approximately 200,000 cubic yards per annum when working one shift. The purchase price was £2,300 pounds, plus £632 duty. The total cost landed, erected with rails, cranes and other equipment came to £4,716 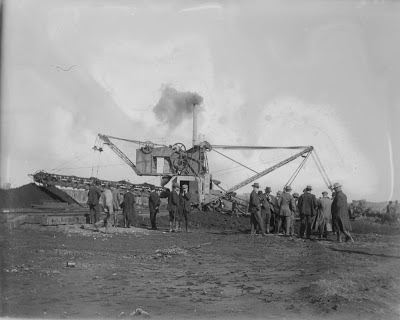 According to the Lang Lang Guardian the dredge had arrived by June 1913 and was to start work on the Lang Lang River.  From a report in The Argus on October 13, 1915 we can get an idea of how the Dredge operated - it excavates by means of an endless chain arrangement, wherein each link of the chain consists of a heavy steel shovel head…these scrape away the ‘spoil’ and then they deliver it onto a mechanical conveyer …which dumps the earth onto a regular embankment or if necessary into wagons that cart it away. Around August 1916 the Dredge had completed its work on the Lang Lang River, having removed 78,000 cubic yards of earth and creating a channel a mile and half long. It was then taken over by the State Rivers and Water Supply Commission and worked on the Koo-Wee-Rup Swamp on the Main Drain, Cardinia Creek and the Yallock Outfall Drain. 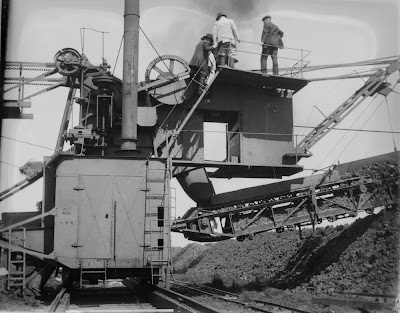 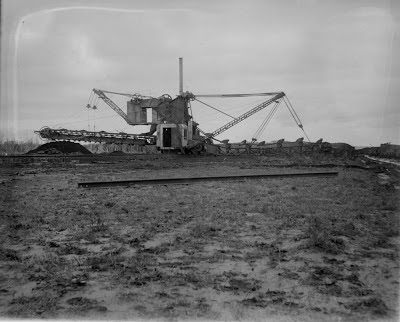 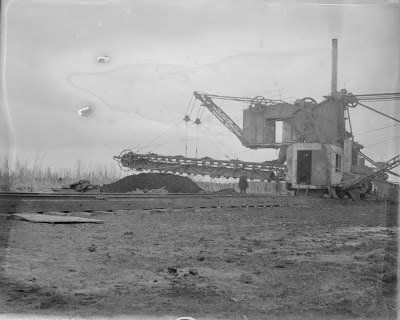 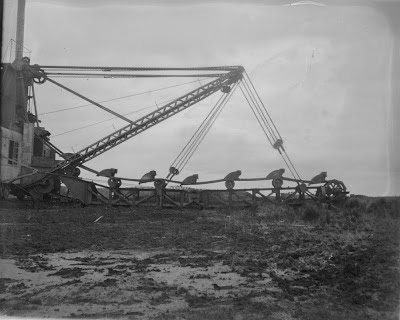 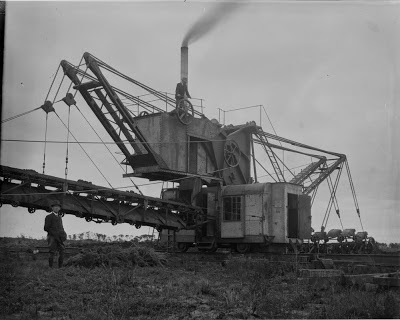 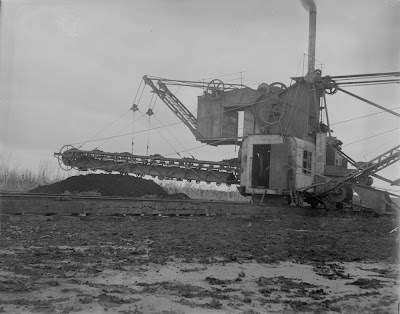 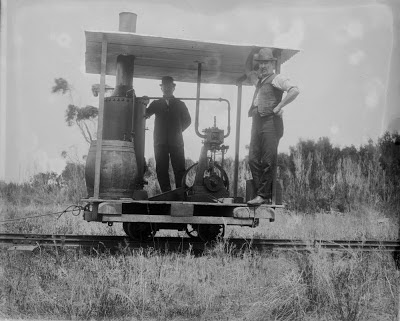 Running parallel to the dredge on another set of rails, was a truck powered by a small Tangye engine for the hauling of the machinery and goods. 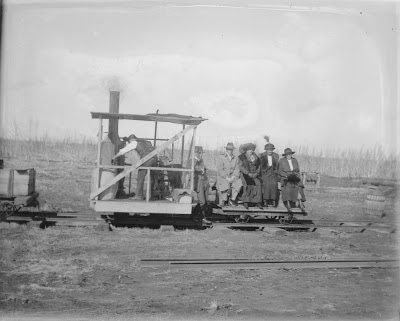 
Finally, what happened to the Lubecker Dredge? We don’t know but presumably it was cut up for scrap as all that remains are a set of wheels on display at the Swamp Look-out tower on the South Gippsland Highway, an ignoble end to such a grand machine.

To see other machines such as sand dredges and excavators that worked on the Koo-Wee-Rup Swamp, click here.
Posted by Heather at 8:02 PM